Most modern motherboards support a feature called Wake on LAN. This allows you to boot the system from a powered-off state as long as the machine has network connectivity.

The latest release makes it easy to integrate with systems that support Wake on LAN. From the Actions menu, select Wake on LAN, enter the MAC address of the target computer's ethernet port, and the computer will boot up.

The video below demonstrates TinyPilot retrieving the MAC address of the target system, powering off the machine, and then powering it back on using Wake on LAN:

Note: You may need to enable Wake on LAN in your motherboard's BIOS settings.

Pro feature: Wake on LAN is available in TinyPilot Pro.

Previously, when you updated TinyPilot, you didn't have much information about what was happening. All you could do was watch a timer count down until your update was complete.

We know that TinyPilot users want to understand what their device is doing, so this release surfaces detailed progress updates into the UI. While TinyPilot updates are in progress, you'll be able to see a log in real-time showing exactly what's happening: 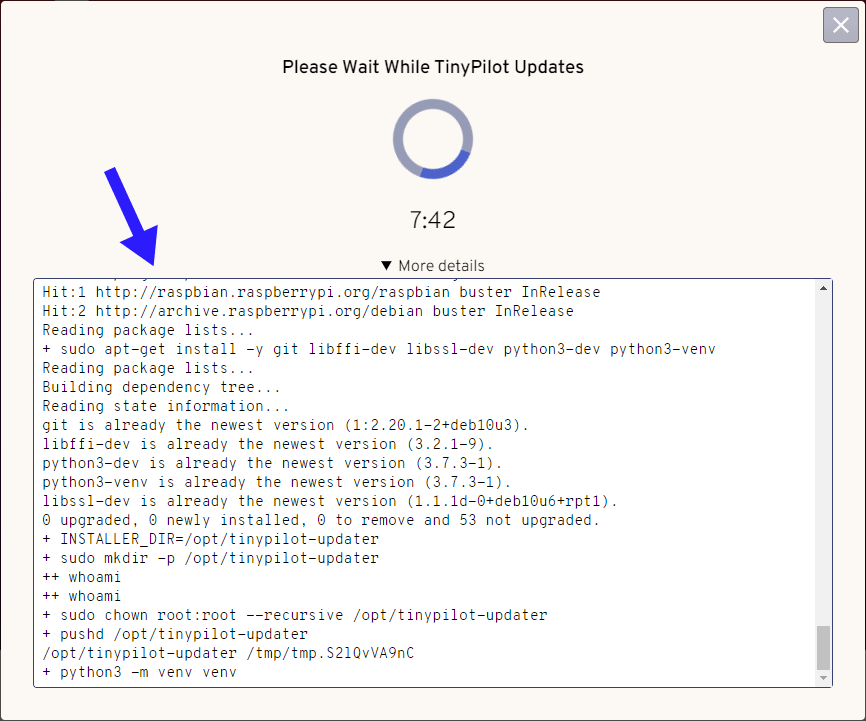 When you type keys into the TinyPilot browser interface, it seamlessly forwards the keystrokes to your target system. However, certain key combinations require special handling because the OS or the browser captures them before they reach TinyPilot.

The most common key combination that trips up users is Ctrl + Alt + Del. While it's possible to send these keys using the virtual keyboard, this release makes it more convenient.

This update adds a new Keyboard Shortcuts menu that allows you to send a Ctrl + Alt + Del keystroke easily.

TinyPilot's May release added the ability to upload .iso and .img files to their TinyPilot and mount them as flash drives on the target system.

Some older systems and image files require a CD-ROM rather than a flash drive. This release adds the option to mount image files so that they appear to the target system as CD-ROM discs instead of flash drives.

Users of the free, Community Edition of TinyPilot can upgrade to Pro to take advantage of the new premium features.