Can anyone detect when I'm using TinyPilot?

If you're running TinyPilot in an environment with strict IT policies or endpoint scanning tools on the target system, it's helpful to understand how TinyPilot presents itself to those systems.

The TinyPilot team is not aware of any IT tools that specifically detect TinyPilot or flag the device as a threat. That said, TinyPilot is designed to control systems that you own or have permission to access. TinyPilot does not attempt to evade detection from software that searches for remote administration tools.

How TinyPilot appears to the target system

Since TinyPilot acts as a KVM, the target system sees a few devices attached:

TinyPilot does not install any software or drivers onto the target system.

It is possible to modify these identifiers, but the TinyPilot team offers no assurances that doing so prevents adversarial tools from identifying a TinyPilot device. 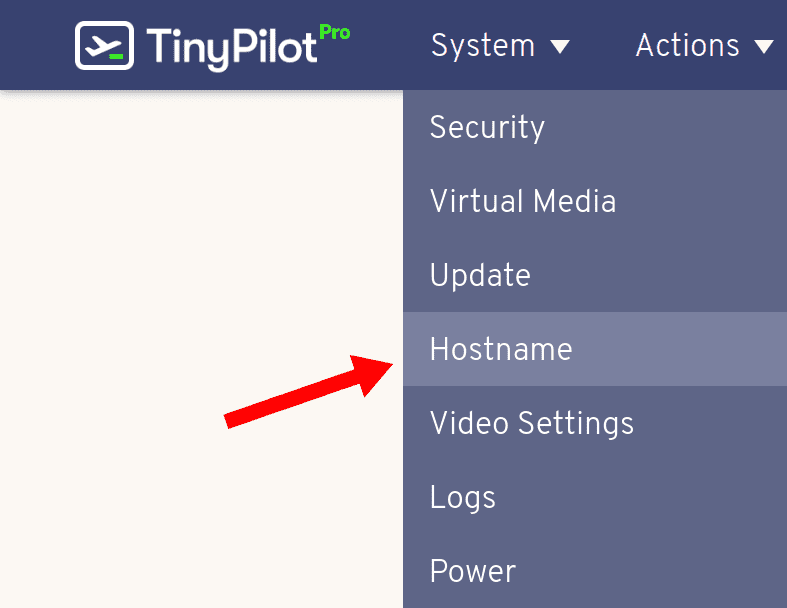 All USB devices declare the name of their manufacturer when they connect to their target system's USB port. TinyPilot declares its manufacturer name as tinypilot within the /opt/tinypilot-privileged/init-usb-gadget file:

USB devices also present a serial number to the target system. TinyPilot's USB serial number is 6b65796d696d6570690, which is stored in /opt/tinypilot-privileged/init-usb-gadget:

If you mount virtual media (Pro only), the target machine will see a USB drive with the name TinyPilot. The name that TinyPilot presents for the USB drive is stored in /opt/tinypilot-privileged/mount-mass-storage:

Note: Changes to TinyPilot's USB identifiers are not supported. When you perform a TinyPilot software update, the update will overwrite any changes to the USB configuration files.

Monitors share their capabilities with other devices with a message called an EDID. The EDID contains the monitor's manufacturer name, product name, and other metadata.

Because TinyPilot appears as a monitor to the target system, it announces an EDID when it begins capturing the target system's output. TinyPilot's EDID does not include the name "TinyPilot" specifically, but the EDID as a whole is unique to TinyPilot.